The Fearless Kiwi (aka, my) story 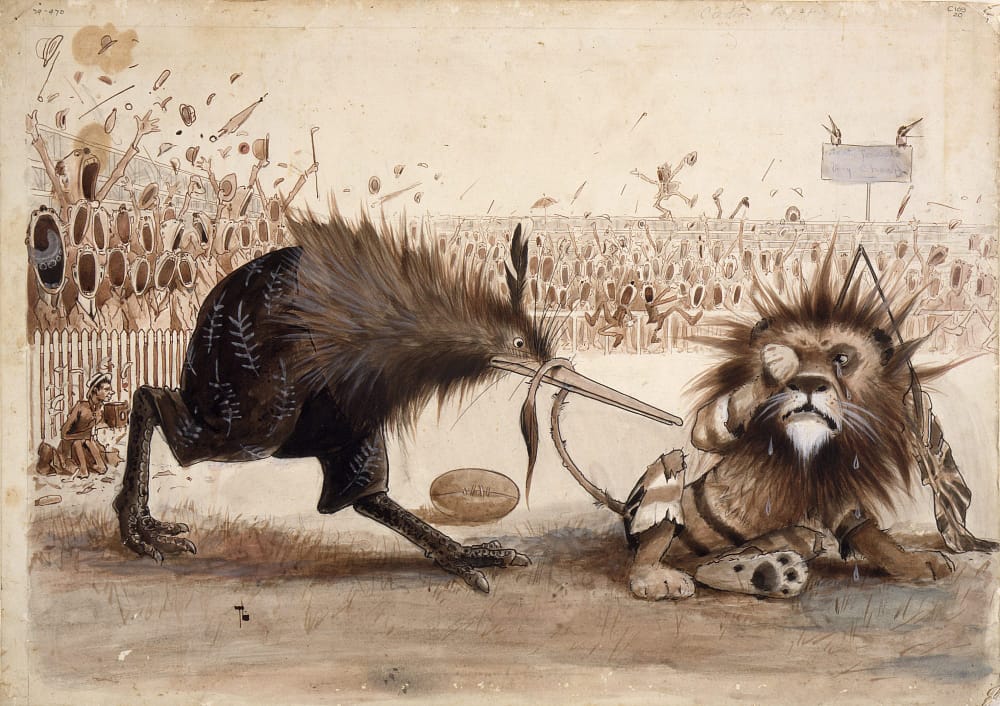 Image courtesy of Alexander Turnbull Library, NZ. Ref: C-109-020. FYI: I love my new home in the UK. The above image was created by Trevor Lloyd after the NZ All Blacks thrashed the British Lions (comprising British and Welsh players) in 1908. He looks like a Fearless Kiwi, right? That or he's nuts taking on a Lion.

The advertising industry I grew up in had become run by faceless accountants in mega-corporations.

I know and admire some big business players and cool accountants, but creativity was being sold out. Yet creativity wins business and was a key reason why clients engaged ad agencies.

I believe game-changing profits come from great strategies, creativity, innovation and relationships. So instead of complaining, I began plotting.

The Internet was still in its commercial infancy, but digital was set to explode. Soon, your location would be irrelevant.

I decided to create a progressive, virtual business model that would give clients access to an eclectic mix of thinking and skills from around the globe. My flexible team would include expert marketing communications, advertising, design, and technology specialists, who would provide quality work without excessive overheads and waste.

My vision was realised when I launched Fearless in March 2002. It would have been sooner but with the exception of a few early adopter clients, it took many years for my approach to be embraced.

I started by hiring my friends and colleagues who were still working at Saatchi & Saatchi and other multinational agencies. Many of them loved the after-hours experiences (and extra income) and some eventually left their agencies to control their own destinies. I still work with many of them today.

I started in Wellington, New Zealand, and now operate from Stamford, United Kingdom, where I service clients worldwide.

I worked in ad agencies (Saatchi & Saatchi, Ogilvy, and more) as a copywriter, brand strategist and creative director.

I became disillusioned with accountants running the show.

So, from Wellington, New Zealand, I created a progressive, virtual model with no boundaries.

That was over 20-years ago. I'm now enjoying life and business in the UK. 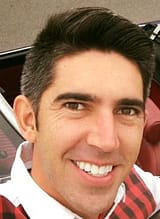 Will is a great team player and motivator, who gets things done.

Will has an excellent understanding of digital life and has great strategies and ideas for online and offline worlds.

He is a digital specialist but is grounded in the knowledge of all other forms of media. This is really important in the digital age moving forward; as his knowledge and experience allow him to see the wood from the trees.

I believe in doing work that matters, and:

What got me here?

I was as a banker in Queen Street, Auckland, New Zealand, before becoming a private investigator for a high-end PI firm in Double Bay, Sydney, Australia. (Some people think I'm Australian!) My last role in banking was in the Audit department, so this seemed like a good idea at the time. HOLY CRAP sums up this experience. I was really lucky to escape with my life.

I then joined McCann-Erickson, Sydney, as a media assistant, then buyer on Levi Strauss and Coca-Cola. I sucked in the role. My heart wasn't in it.

Next, the Sydney film industry beckoned and I worked through the ranks to become a writer/producer. If being a PI was a holy crap experience, this was a WTF one. It was both insane and exhilarating.

I returned to a more sedate Wellington, NZ to join a nationwide outdoor gear and clothing retailer as their marketing manager. The main brands we promoted (and I loved) were Macpac, Wilderness, Colombia and Timberland. I experienced the power of Direct Marketing after launching and growing their DM operation. In-between a lot of snowboarding and hard work, the owners got rich.

I always enjoyed writing and gravitated towards entrepreneurship. I love storytelling and would entertain my family for hours as a child. So I was grateful to be accepted into New Zealand’s prestigious Axis AdSchool in Wellington, NZ.

For the next 10-years, I worked throughout Australasia as a copywriter, creative strategist, and creative director at ad agencies including, Saatchi & Saatchi, McCann-Erickson, Ogilvy, DMB&B, Colenso, 99, Frank, and Lavender. I launched FEARLESS in 2002 and haven't looked back.

On the side, I have been a founder and investor in startups including a successful SaaS company. I love technology and am excited about how the blockchain and cryptocurrencies are changing the face of finance, and just about everything else.

I believe business is a force for good. I like working with people who are driven and believe in balancing purpose, people and profit. We're all connected so that way everyone wins.

Fearless is a catalyst for transformation. Success comes from having the right combination of people, culture, services, products and values. Here are mine (and my team's):

Will creates Copy You Feel.

Crowne Plaza Auckland worked with Will Roffé on creating copy for our hotel positioning and descriptions to be used on websites and other collateral. We felt well taken care of, with Will guiding us throughout the process. We especially liked Will's ability to work with the senior management team, either face-to-face in focus groups or over the phone to complete the project, which has been smooth. He captured all nuances of our vision and translated it onto paper during the given time frame. We were so impressed we then engaged Will to work with our Holiday Inn properties in Auckland and Rotorua.

If interested, you can view my professional indemnity and public liability insurances here.

I use cookies on my website to give you the most relevant experience by remembering your preferences and repeat visits. By clicking “Accept”, you consent to the use of ALL the cookies.
Do not sell my personal information.
Cookie SettingsAccept
Manage consent

This website uses cookies to improve your experience while you navigate through the website. Out of these, the cookies that are categorized as necessary are stored on your browser as they are essential for the working of basic functionalities of the website. We also use third-party cookies that help us analyze and understand how you use this website. These cookies will be stored in your browser only with your consent. You also have the option to opt-out of these cookies. But opting out of some of these cookies may affect your browsing experience.
Necessary Always Enabled
Necessary cookies are absolutely essential for the website to function properly. These cookies ensure basic functionalities and security features of the website, anonymously.
Functional
Functional cookies help to perform certain functionalities like sharing the content of the website on social media platforms, collect feedbacks, and other third-party features.
Performance
Performance cookies are used to understand and analyze the key performance indexes of the website which helps in delivering a better user experience for the visitors.
Analytics
Analytical cookies are used to understand how visitors interact with the website. These cookies help provide information on metrics the number of visitors, bounce rate, traffic source, etc.
Advertisement
Advertisement cookies are used to provide visitors with relevant ads and marketing campaigns. These cookies track visitors across websites and collect information to provide customized ads.
Others
Other uncategorized cookies are those that are being analyzed and have not been classified into a category as yet.
SAVE & ACCEPT